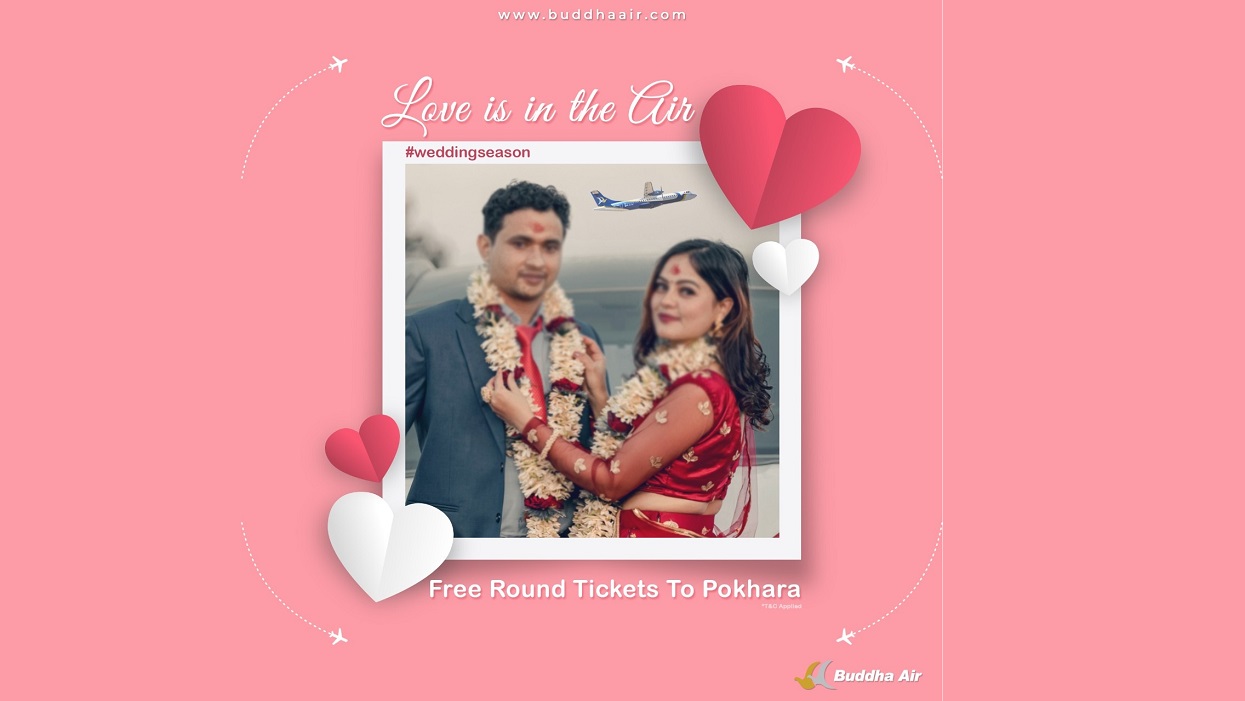 KATHMANDU: DEC. 7 – Buddha Air is to provide tickets to the bride and groom traveling on a plane as a gift on a two-way ticket of Pokhara.

According to a press statement issued by Buddha Air on Tuesday, the newlyweds would be granted a two-way ticket to Pokhara.

Pokhara is a fantastic location for newlyweds, hence Buddha Air has devised such a gift package.