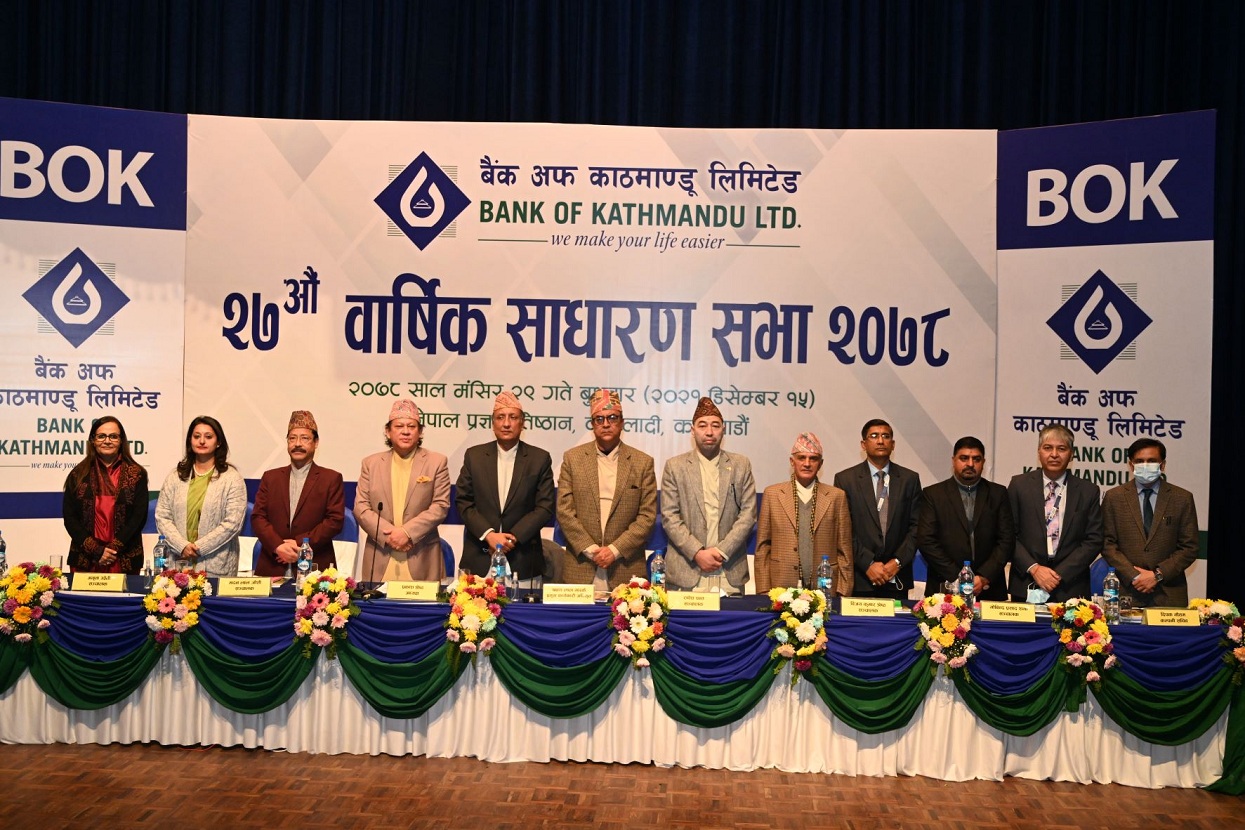 The Bank held a meeting at Nepal Pragya Pratisthan, Kamaladi, Kathmandu under the chairmanship of Prakash Shrestha, Chairperson of the Board of Directors of the Bank. The general assembly has passed the report of the committee.

The meeting also approved the financial statements prepared in accordance with the Nepal Financial Reporting Standards as directed by the Nepal Rastra Bank.